No unemployment and low inflation

Why do prices in Thailand stay at the same level?

By VIP Real Estate Ltd In Buy Property in Thailand, Rayong On February 2, 2016

You often hear people tell about their visit to Thailand ten years ago and today, and how the price for a Coca Cola is still almost the same. And how you can still get a decent meal, for example fried rice with pork, for around one dollar (40 Baht) in the local restaurants.

The low-income group is the fundament of the country

In Thailand everybody has a job. There isn’t really any unemployment, and it’s rather negative, meaning that there are more jobs than people. If you have a gas stove and a saucepan, then you can make an income as a street vendor, and that’s the mentality. While Bangkok today is an international city with lots of high income jobs and Ferraris in the streets, the vast majority of the country is still based on farming and factory jobs. Thais usually don’t worry too much about the future. They make an income to support them here and now, and most people don’t have any savings. Unions don’t really exist, so there’s no organised pressure to drive up salaries, and then prices. On top of that comes that Thais usually work six days a week, maybe ten hours a day, so at the end of the week they have made enough money to go by even though the hourly pay is low. 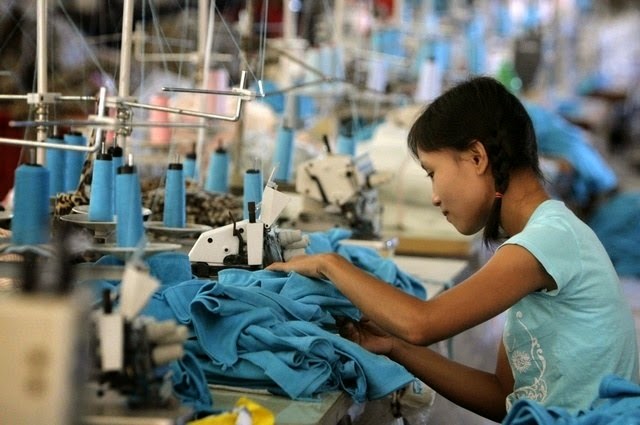 The street vendors and small shops don’t worry about sales forecasts, budgets and calculations, and they don’t even pay tax. They just make things work here and now, and share the money at the end of the day. There is a high demand in Thailand for cheap restaurants, local food, street vendors, old fashioned markets etc because that’s what Thais want and can afford.

Many young people go to Bangkok to make better money, but usually they still just stay in a simple room with a mattress on the floor and hardly without any furniture, and they send money back to their family in the hometown. Thousands also work in the huge factories in the industrial estates, where they have a simple room nearby, or share a room with a handful of friends. But you never hear them complain, never hear them demanding higher salary or longer holidays. As long as they can buy dinner for 40 Baht (one dollar), everything is fine.

Both the “elite” upper-class and the middle class sort of live a life of their own, separated from the vast majority of street vendors, factory workers and farmers. It’s accepted, and the “poor” people don’t envy them. Good for that, otherwise we would have seen uprise, inflation and unemployment like in many other countries, even in China nowadays.

You can find places in Bangkok where people wearing expensive suits pay 3,000 Baht for “Afternoon Tea”, or as much as 75 meals of fried rice. But that afternoon tea shop isn’t representative for Thailand. The millions of low-income workers are. They keep the country going, and they keep prices down where they need them.

This culture and lifestyle on the bottom line means that Thailand is one of the best countries for factory productions. Therefore you can see giant industrial estates with huge factories everywhere in Thailand. International companies like Toyota and Honda produce millions of cars in Thailand. This is also true for Rayong, which is a heavy player in the industrial market.

Thailand is for example the world’s largest producer of harddrives for computers, rubber, jewelry and many other products. A Thai factory worker does his job with a smile, and does what he is told to do day after day. For a Thai it’s embarrassing to make mistakes, so they don’t try to be creative and find other ways to do their job. They follow the guidelines 100%, and this ensures good and stable quality in the factories.

The inflation is around 3%, but this isn’t the true picture. Inflation is much higher in Bangkok and in the real estate market in the popular tourist destinations, whereas inflation is nearly zero in the huge parts of the country dominated by the working class.

Benefits for the tourism

There are no signs of a change in Thai culture outside Bangkok, and the continued rather old-fashioned lifestyle also keeps the prices low. Prices for land and real estate go up steadily, but without forming bubbles like in other countries. Tourists will therefore see rising prices for accommodation, but hardly for anything else.

Tourism is a fast growing business in Thailand, and has doubled over the past decade. Some popular tourist areas like Hua Hin, Pattaya, Phuket and some areas of Bangkok have seen big changes because of the many foreign tourists, also cultural changes. But Rayong still hast a vast majority of Thai tourists and only a small minority of foreigners.

The conclusion of all this is, that Thailand in general will continue to be a cheap travel destination for foreigners, especially the areas where the foreign tourists are a minority. Rayong is such an area.